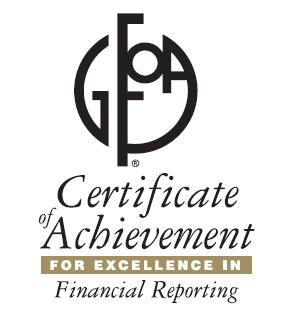 First, for the twentieth consecutive year, the Government Finance Officers Association (GFOA) awarded SamCERA its Certificate of Achievement for Excellence in Financial Reporting.

Additionally, for the fourteenth consecutive year, the GFOA has presented SamCERA with an award for Outstanding Achievement in Popular Annual Financial Reporting.

This award recognizes SamCERA’s 2016 Popular Annual Financial Report (PAFR), which is a brief overview of SamCERA’s finances and investments. The PAFR is basically the “Reader’s Digest” version of the CAFR.

More About the GFOA Awards

The GFOA established a certificate program for financial reporting in 1945 to encourage state and local governments to go beyond the minimum requirements of generally accepted accounting principles. In doing so, the GFOA established a high standard for financial reporting in which government agencies must open their books in the spirit of transparency and full disclosure.

The GFOA established the PAFR awards program in 1991 to encourage state and local governments to produce popular annual financial reports designed to be readily accessible and easily understandable to a broad audience.

SamCERA is committed to meeting the high standards set by the GFOA. As a result, we’re confident that we’re providing our members, the public, and other stakeholders with a clear picture of our finances. This commitment to transparency is consistent with our mission: to serve as loyal fiduciary for our members, and as prudent administrator of the retirement system.

Back
This item appears in:
Announcement March 22, 2017